What would be more effective to instil in the young minds the concern for conservation than a close contact? In view of the need to cultivate a sense of concern for the wildlife, the Student Activities Advisory Team organised an excursion to the Ocean Park on 3 December.

Before the outing, students were required to watch a video clip featuring Conservation Battlefront Seminar. The clip offered them an induction into endangered local species, including Golden Birdwing, Green Turtles, soft corals and hard corals, as well as problems the tender creatures faced in the wild.

On their visit to the theme park, students had to investigate several animals of their interest, complete a guided field study worksheet about a few local species of their interest. They formed small groups to observe small creatures in the aquarium and explored different parts of the park. Ultimately, they would be reporting to their own class what they have discovered in the field work in their home period.

The Life-wide Learning Programme was a self-directed learning opportunity for students to learn at their own pace, practise field work observation and record-keeping, find more facts about local habitat and reflect on what they would be able to change in their daily lives for the well-being of the wildlife. 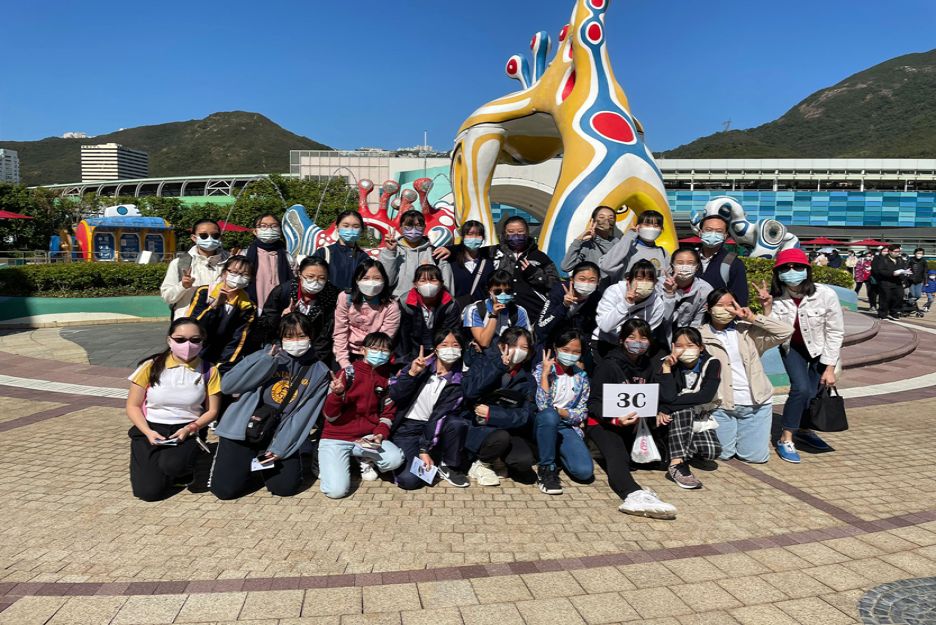 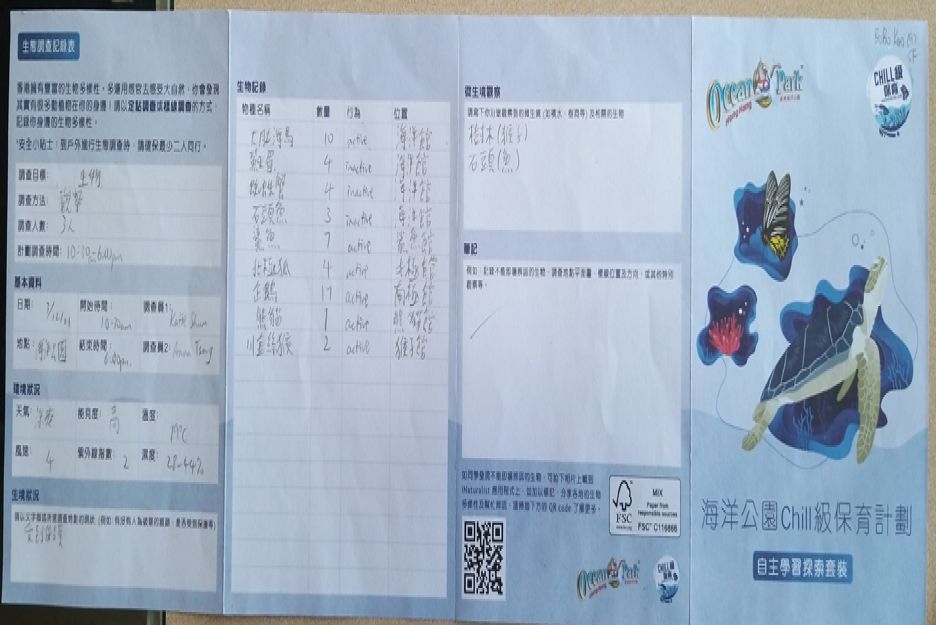 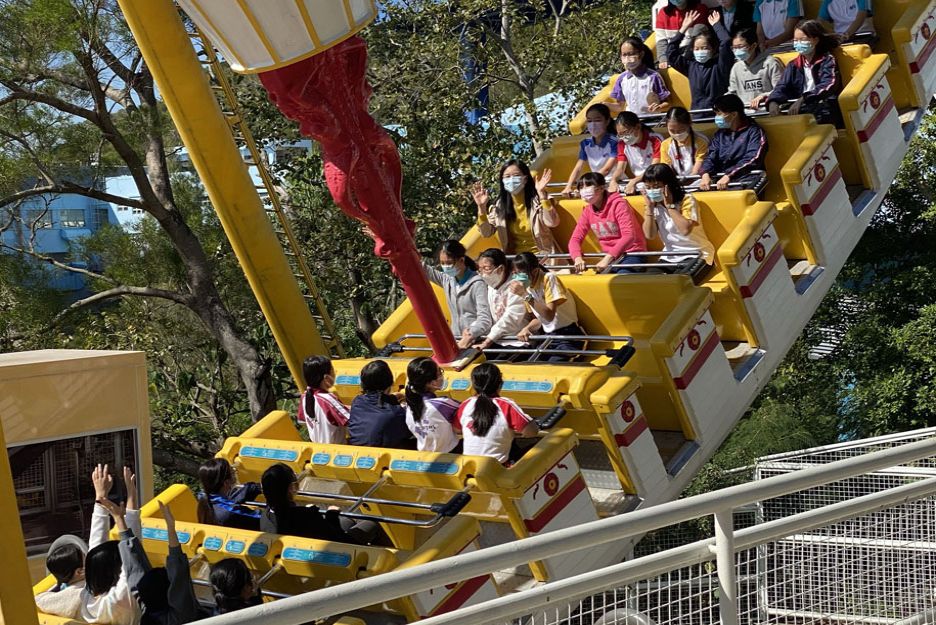 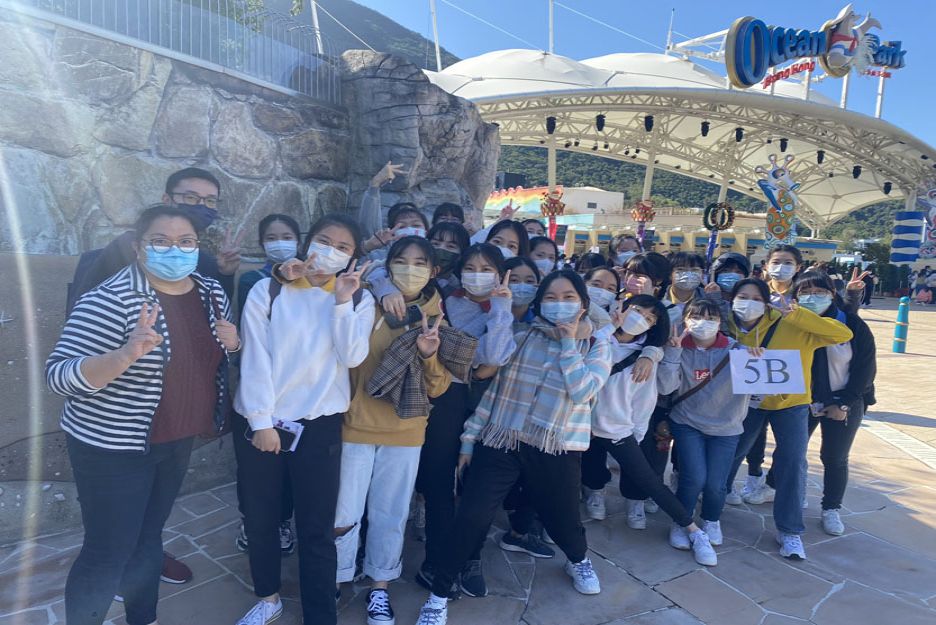 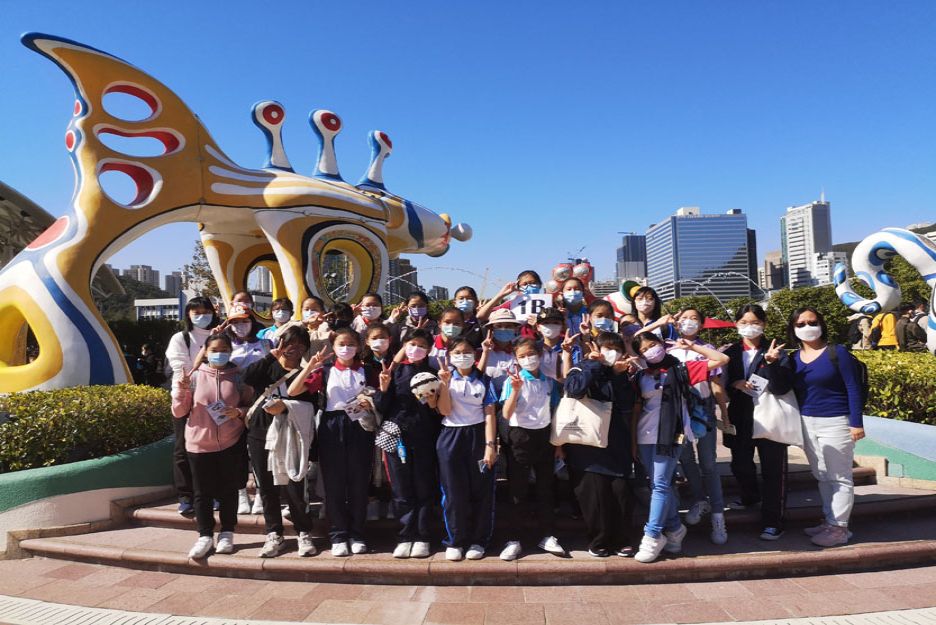 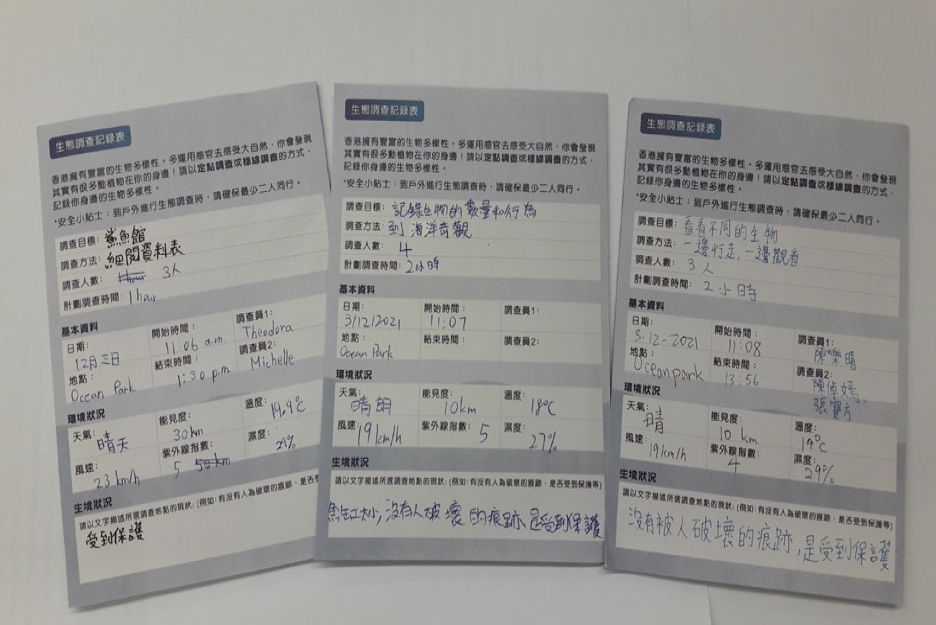 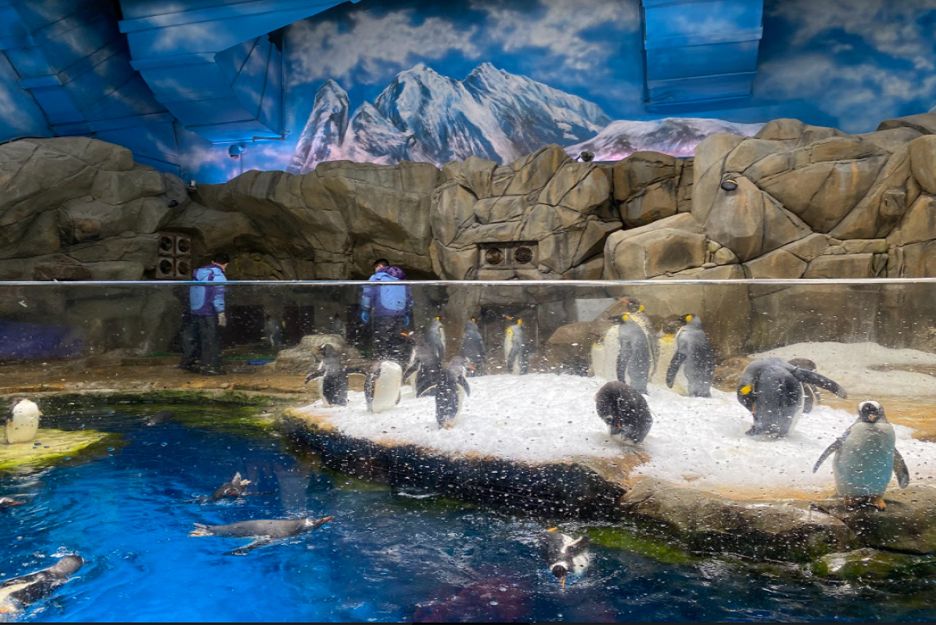